Oil prices fell on Thursday following a truly devastating second-quarter GDP report in the U.S., with WTI now stuck at the $40 mark.

For Global Energy Alert members there are now two new free reports available in your dashboard. The first of these reports is on how to interpret stock charts and the second outlines the three biggest mistakes made by traders today. Make sure you become a member to read these reports and many more. 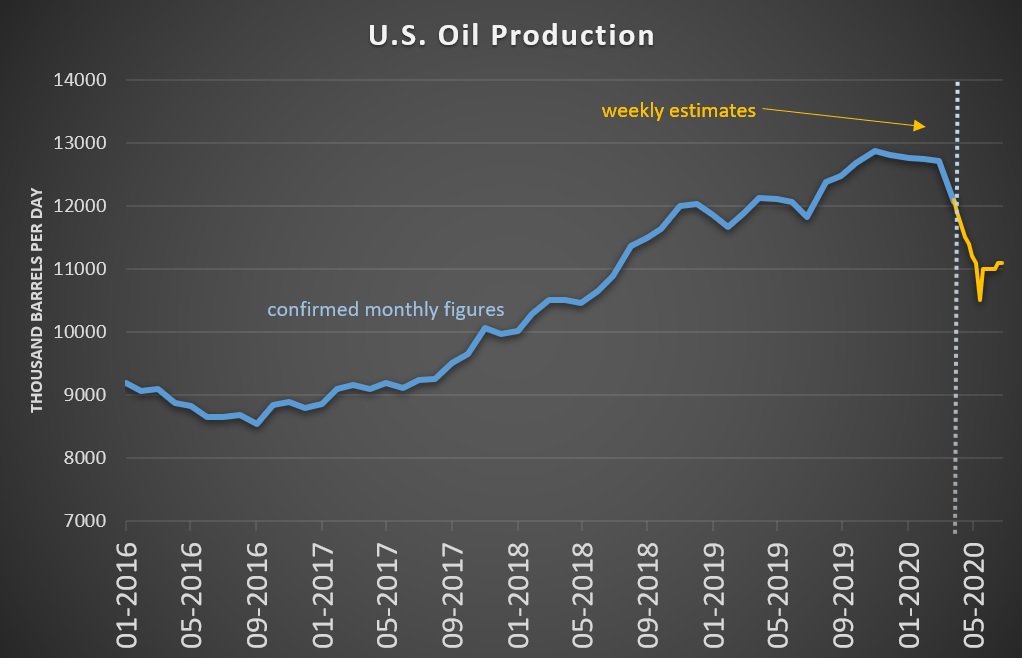 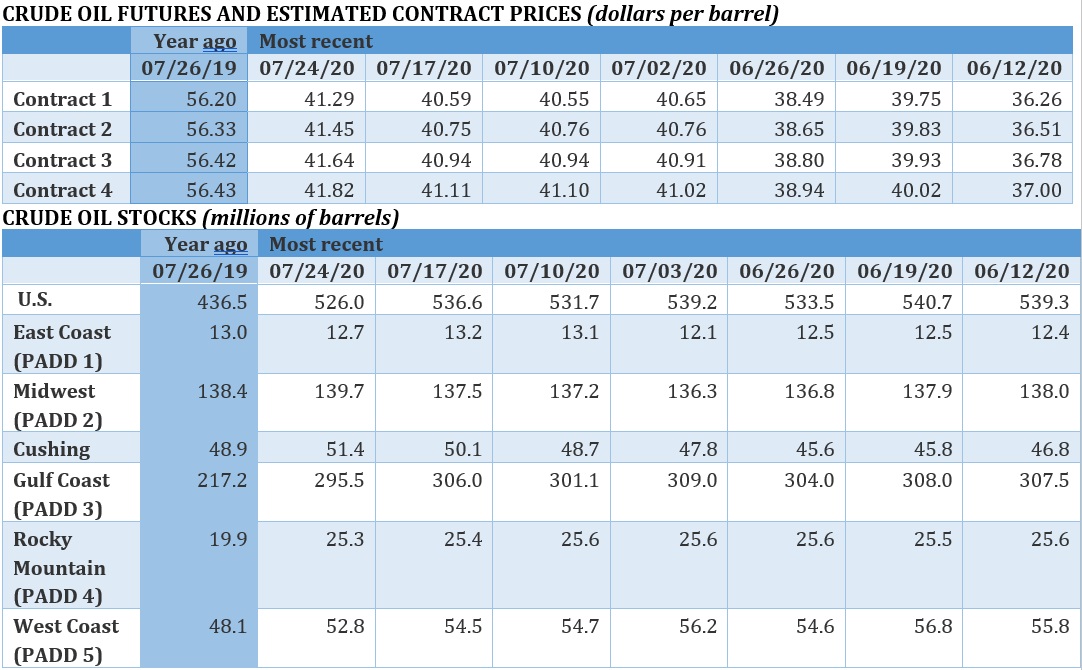 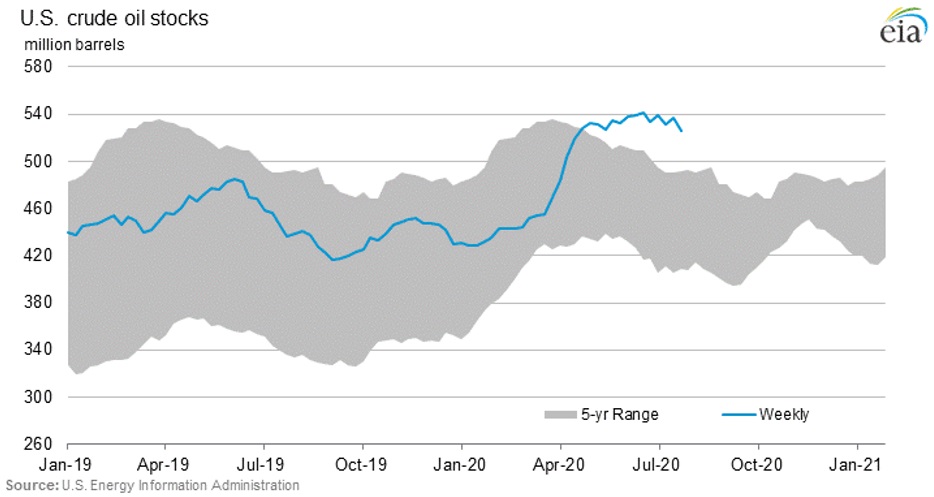 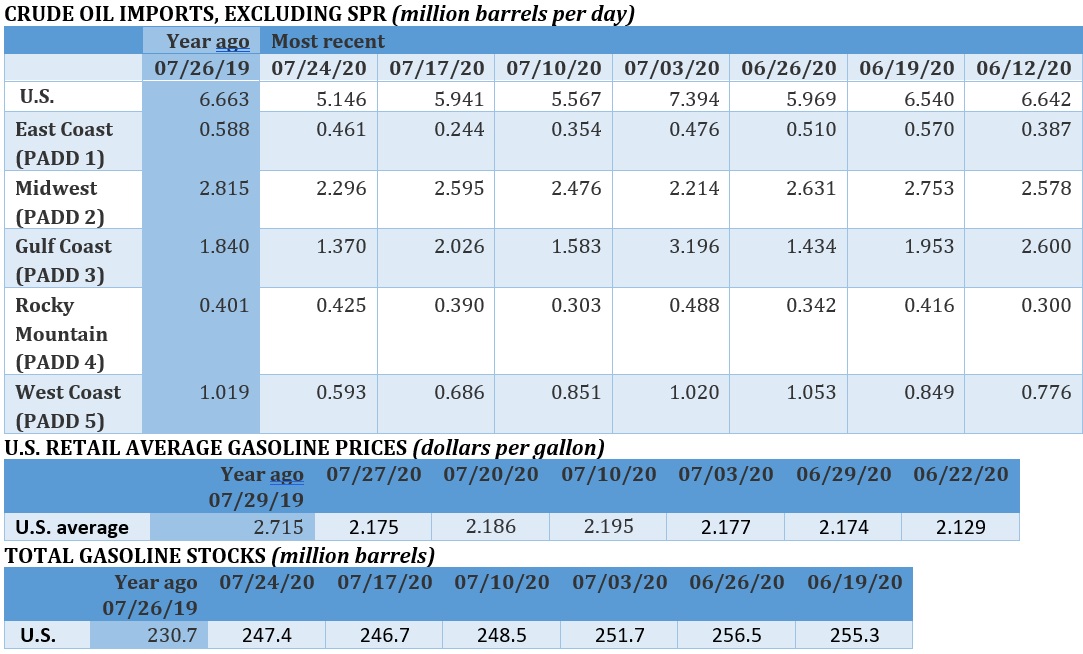 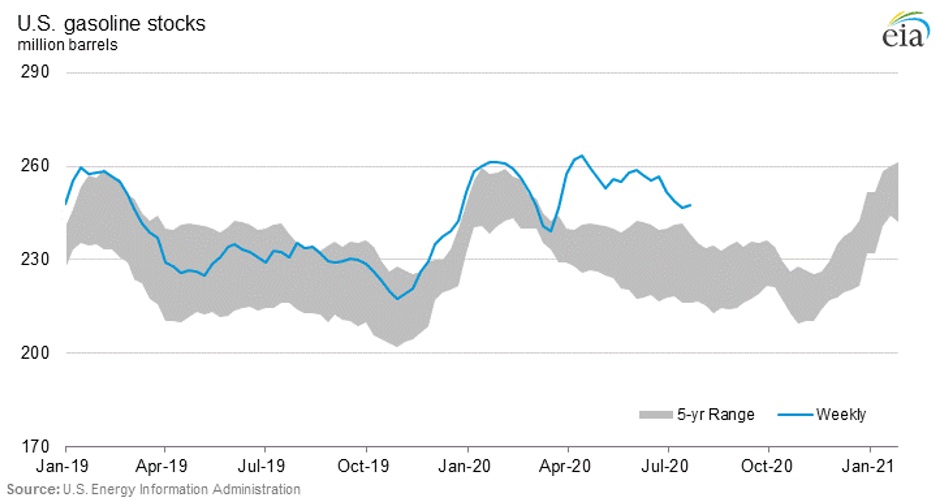 Oil prices retreated on Thursday after the U.S. posted a horrific second-quarter GDP figure. Prices steadied in early trading on Friday, pushing crude benchmarks back to familiar territory – roughly $40 for WTI and $43 for Brent.

ExxonMobil posts huge $1.1 billion loss. ExxonMobil (NYSE: XOM) reported a loss of nearly $1.1 billion, the largest quarterly loss in 36 years. Production was down 7 percent, year-on-year. Exxon said its working on cost-cutting plans in a “last-ditch” effort to preserve its dividend. and CEO Darren Woods said that the company would not take on more debt.

Chevron announces worst loss in three decades. Chevron (NYSE: CVX) reported an adjusted loss of $3 billion, along with an impairment of $5.6 billion. That included writing off Chevron’s entire unit in Venezuela, worth about $2.6 billion. “We would need to see sustained economic recovery and much lower inventory levels before we would add capital back to the Permian or other basins,” Pierre Breber, Chevron’s finance chief, told Reuters. “We’re in a lower for longer world where demand is down and there’s ample supply.”  Related: Canada’s Oil Sands Production Poised To Grow Despite Pandemic

Occidental in talks to sell Africa and Middle East assets. Occidental Petroleum (NYSE: OXY) is in talks with Indonesia’s state-owned PT Pertamina over the sale of Oxy’s Middle East and African assets. The price could be around $4.5 billion, according to Bloomberg.

Indian refiners cut runs on sinking demand. Refiners in India have reduced processing over flagging demand. High retail fuel prices and rising coronavirus numbers have weakened consumption. For example, Bharat Petroleum Corp (BPCL.NS) is operating its three refineries at about 70 percent capacity compared to about 90 percent in early June, according to Reuters.

Exxon and Hess make another Guyana discovery. ExxonMobil (NYSE: XOM) and Hess (NYSE: HES) said that they made yet another discovery in Guyana, adding to their more than one dozen previous discoveries. “This additional resource is currently being evaluated and will help form the basis for a potential future development,” Hess said.

Total takes $8 billion write-down. Total (NYSE: TOT) wrote down $8 billion in assets, $7 billion of which was in Canada’s oil sands. Total also said that it conducted an assessment over its stranded asset risk, meaning with reserves beyond 20 years and high production costs. Canadian oil sands ran afoul of this test, and Total said it would no longer invest in oil sands.

Dakota Access dampens Bakken prospects. The potential loss of the Dakota Access pipeline could stall the North Dakota shale formation’s rebound. Moving oil by rail would add $3 to $6 in costs for producers. Anecdotally, some companies are holding off on drilling until they know more about the fate of Dakota Access, according to Reuters.

Tokyo Gas to spend $657 million on U.S. shale. Tokyo Gas Co Ltd said it would spend $657 million to acquire Castleton Resources, as well as to buy a solar project. “As U.S. shale gas prices have fallen sharply, we think it is a good time to buy stake in gas assets at a relatively cheap price,” said Koji Yoshizaki, senior general manager of Tokyo Gas.

AMLO considers reversing energy reform. Mexican President Andres Manuel Lopez Obrador suggested that he might pursue rolling back the country’s historic energy reform passed under his predecessor, which opened up the oil and gas sector to international investment.

U.S. LNG faces long-term challenges. China may not deliver on long-term LNG trends, which poses risks to U.S. export projects, according to a new report. “A China-led rebound for the U.S. LNG industry will face stiff price resistance from Chinese buyers,” the report says. U.S. LNG may need prices of $8/MMBtu in China over the long-term to be profitable, while prevailing city-gate prices are trading at right around those levels, leaving an exceedingly narrow margin for exporters.  Related: ExxonMobil & Berkeley Make Major Breakthrough In Carbon Capture Tech

Saudi Arabia to unveil September prices amid market pressure. Saudi Arabia is under pressure to lower the price of its oil, according to Bloomberg. Traders expect a price cut for the first time since April. Saudi prices typically set the tone for the market, so the unveiling of prices for September in the next few days will offer clues into the market direction.

Canadian drilling forecast cut again. Canada is on track to drill 2,800 wells this year, according to the Petroleum Services Association, the third downward revision for the group. Last year, the industry drilled 4,900 wells.

By Tom Kool for Oilprice.com

Back in 2014, every citizen in oil-rich Norway became a theoretical millionaire…

Saudi Arabia, the world’s top oil exporter and the main force behind…